Goh Cheng Liang is one of Singapore’s richest men. He is the founder of Nippon Paint and was once a fishing net vendor. His life shows that you don’t need a silver spoon in your mouth to succeed in life.

More than a successful entrepreneur, he is also a philanthropist. He was one of Forbes Asia’s Heroes of philanthropy. The cause closest to his heart is medical research.

What can we learn from his life? Let’s see…

𝗬𝗼𝘂 𝗱𝗼𝗻’𝘁 𝗻𝗲𝗲𝗱 𝗮 𝗱𝗲𝗴𝗿𝗲𝗲 𝘁𝗼 𝘀𝘂𝗰𝗰𝗲𝗲𝗱. He only finished primary education in a Chinese school. He acquired his entrepreneurial skills by selling fishing nets and later, working in a hardware store. We are not saying that getting a degree is a waste of time. What we are emphasising is you can succeed despite not having one. His life is proof that nothing really is between us and success.

𝗙𝗮𝗶𝗹𝘂𝗿𝗲𝘀 𝗺𝗲𝗮𝗻 𝘆𝗼𝘂 𝗻𝗲𝗲𝗱 𝘁𝗼 𝘁𝗿𝘆 𝗮𝗴𝗮𝗶𝗻. He tried selling aerated water but he failed to get his business off the ground. He then applied as an apprentice in a hardware store. He got promoted and became a salesman. We should learn from him and not be discouraged by setbacks.

𝗗𝗶𝘃𝗲𝗿𝘀𝗶𝗳𝘆 𝘆𝗼𝘂𝗿 𝗽𝗼𝗿𝘁𝗳𝗼𝗹𝗶𝗼. His Nippon Paint is already hugely successful. But he did not let that success stop him from stepping out of his comfort zone. In the 70s and 80s, he turned to property development. And guess what? He became successful at it too! 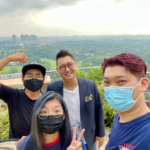 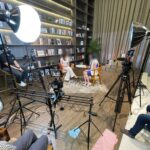